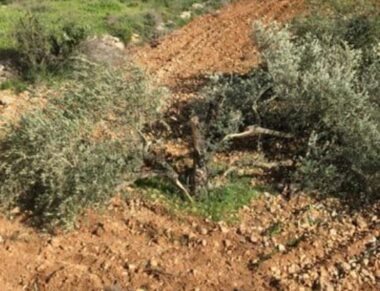 Local nonviolent activist, Ibrahim Awadallah, stated that the colonists invaded an orchard, owned by Fawzi Khalifa, before using chainsaws to cut more than seventy olive trees he planted at least ten years ago.

He added that the invaded orchard is in ‘Orouq Zneid area, in the southern part of al-Walaja.

Awadallah stated that the village has been subject to frequent violations by the soldiers and the colonialist settlers.

The violations include cutting and uprooting trees, bulldozing farmlands, in addition to demolishing homes and structures, and issuing demolition orders.