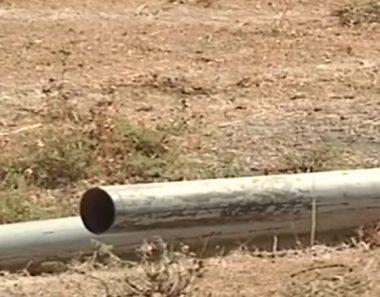 A group of extremist Israeli colonists attacked, Monday, a Palestinian irrigation pipeline, in Ein as-Sakout area, in the West Bank’s Northern Plains, and stole approximately 400 meters of it.

The colonists attack the irrigation line at noon, in the area located close to the Jordan River, and stole approximately 400 of it.

The total length of the irrigation pipeline is approximately 7500 Meters, and was installed by the Palestinian Agricultural Relief to help the farmers.

The attack just came one day after the colonists destroyed another section of the same line with bulldozers, before loading them onto trucks, and stole them.

The fertile area is considered the fruit basket of the West Bank, but is subject to constant Israeli violations, including Israel’s repeated shut down of water heading to the Palestinian lands, an issue that pushes the farmers to buy water from the Israeli side at a heavy price tag.

It is also subject to ongoing attacks by colonists, illegally living on Palestinian lands, in addition to the fact that Israel controls all water resources in the area, including large basins, and directs them to its colonies.