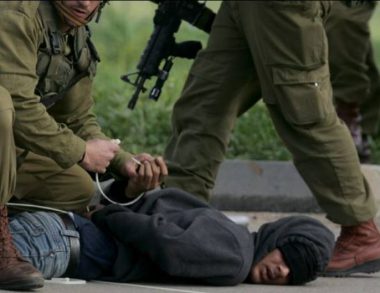 Israeli soldiers abducted, Tuesday, two young Palestinian men, including a patient from Beit Ummar town, north of Hebron, in the southern part of the occupied West Bank, and one in Silwan town, in occupied Jerusalem.

On Tuesday evening, the soldiers, stationed at the Gush Etzion Junction, stopped and searched dozens of cars, and abducted a former political prisoner, identified as Ahmad Ali Awad, 24.

Awad was heading back home after being discharged from a Palestinian hospital, and was moved to Etzion military and security center, although he is still in recovery.

On Tuesday at dawn, the soldiers invaded a Palestinian home in Batn al-Hawa neighborhood, in Silwan, and abducted Mahmoud Jamal Gheith, 22,

The young man was taken prisoner after the soldiers violently searched his home, and was taken to an interrogation center in Jerusalem.