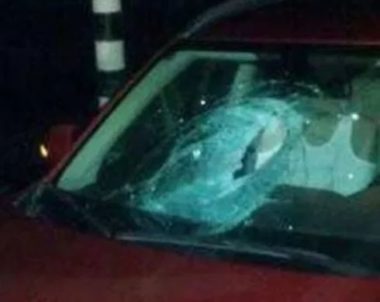 Several illegal Israeli colonists hurled stones, on Friday evening, at Palestinian cars driving on the Nablus-Jenin road, in the northern part of the occupied West Bank.

Ghassan Daghlas, a Palestinian Authority official who monitors Israel’s illegal colonialist activities in northern West Bank, said the assailants gathered at the main junction near the former Homesh colony, and hurled stones at the Palestinian cars.

Daghlas added that the attack caused damage to several Palestinian cars, but did not lead to physical injuries.

In related news, Israeli soldiers shot and mildly injured a Palestinian man near the entrance of Beit Awwa town, west of Hebron, in the southern part of the West Bank.

In the Gaza Strip, the Israeli army said it detained one Palestinian “who crossed the perimeter fence.” The army said the Palestinians was not carrying any weapons, and was moved to an interrogation facilities.