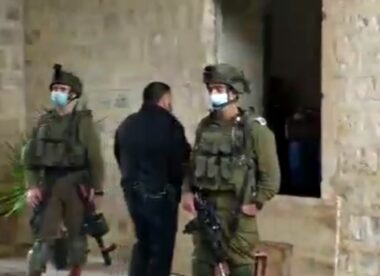 They added that Israeli occupation soldiers accompanied the colonists during the invasion and prevented the Palestinians from entering the area.

It is worth mentioning that Khan al-Lubban is an archaeological site near the main Nablus-Ramallah road, and has been subject to escalating violations, especially over the past two months.

The colonists are not only trying to occupy the site, and establish an outpost, but are also trying to control its water spring.