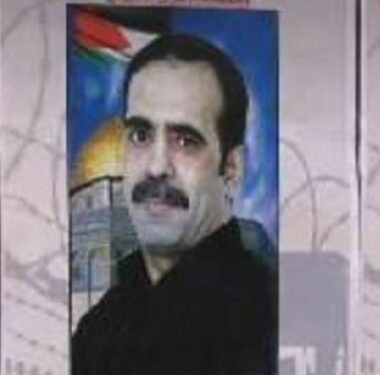 Hundreds of Palestinians participated, Saturday, in the burial ceremony of a detainee, from Bethlehem in the occupied West Bank, who died in an Israeli prison on September 2, 2021, but Israel refused to transfer his corpse until Friday, February 19, 2021. The Palestinians started the funeral procession of Daoud Tal’at Khatib, 45, in front of Beit Jala governmental hospital, and headed toward his home in the Old Market area in Bethlehem city, before heading to Omar Bin al-Khattab mosque where they held the funeral ceremony before burying him in the al-‘Obeyyat graveyard.

It is worth mentioning that the army handed his corpse to his family on Friday evening, February 19th 2021, at the Mazmouria military roadblock near al-Khas and an-No’man villages, east of Bethlehem.

The detainee died from a heart attack on September 3rd, 2020, at the Ofer Israeli prison; he was serving an 18-year prison sentence which ends on December 4th, 2020.