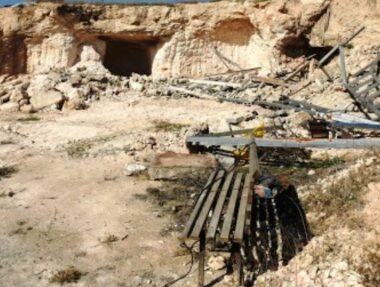 Fuad al’-Amour, the coordinator of the Protection and Steadfastness Committee, stated that the colonists came from the illegal Havat Ma’on colony, which was installed on stolen Palestinian lands.

He added that the colonists occupied a cave owned by members of the local Daoud family, before invading farmlands with their livestock to feed on Palestinian crops in Maghayer al-Abeed area, in Masafer Yatta.

He added that the attack took place despite an Israeli court decision preventing the colonists from entering the Palestinian lands after they started their attempts to occupy them several years ago.

In related news, Israeli soldiers abducted a young Palestinian woman at the Qalandia terminal, north of occupied Jerusalem, while she was trying to enter the city to pray in Al-Aqsa Mosque.