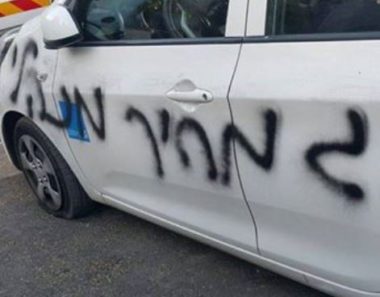 He added that the colonists also wrote racist graffiti on several cars, and walls, before fleeing the scene.

The colonists also invaded the al-Janiya village, and wrote racist graffiti on a few cars.