Israeli Colonists Rams A Palestinian Girl With Car Near Bethlehem 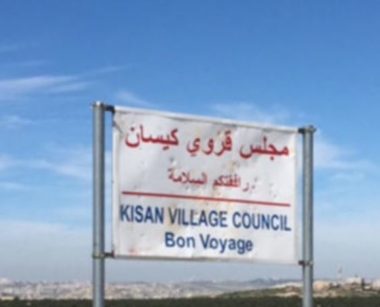 Palestinian medical sources have reported, Tuesday, that a teenage Palestinian girl was injured after an illegal Israeli colonist rammed her with his car near Bethlehem, south of occupied Jerusalem, in the West Bank.

Ahmad Ghazal, the deputy head of Kisan Village Council, said the wounded girl has been identified as Yasmin Khaled Ghazal, 17.

He added that Yasmin was walking to her school at the main entrance of the village, when the colonist rammed her and fled the scene.

Palestinian medics rushed to the scene and moved Yasmin to the al-Yamamah Hospital, in Bethlehem, suffering moderate wounds.