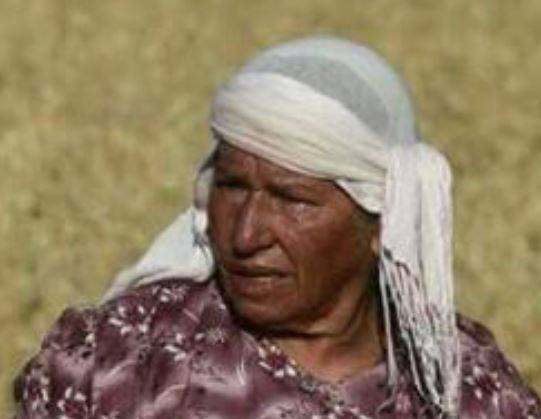 On Monday evening, an Israeli driver hit and severely injured an elderly Palestinian woman in Sawiya village, south of Nablus, in the northern part of the West Bank.

The victim was identified as Hilwe Abu Ras, 70, who was walking along the side of the road when she was hi.

The colonizer did not stop, but drove away toward the Israeli military roadblock Za’tara.

Local medics were called to the scene, and took the victim to the an-Najah Hospital in Nablus. Doctors there described her condition as moderate-to-severe, but stable.

Israeli police made no effort to apprehend the perpetrator. Palestinians who hit Israelis with their cars, whether on purpose or accidentally, are often shot on the spot and killed immediately by Israeli troops, with no opportunity for a trial.

This is just the latest in a serious of ramming attacks against Palestinians by Israelis over the last two weeks.

Last Tuesday, Fadi ‘Aabed, 41, suffered fractures in his nose and cuts and bruises in his face and head, when Israeli colonizers attacked him in east Jerusalem. He works as a taxi driver, and several Israeli colonists came to his taxi and asked for a ride. Seeing he was Palestinian, the men attacked him – one of the attackers beat him with a wine bottle. ‘Aabed reported that he drive a little ways and saw another cab driver, who he asked to call the police. One of his attackers was caught, and the other

On March 11th, Malek Saber, 15, was attacked by four Israeli colonizers when he was walking in the al-Masharef mountain area in Jerusalem. He suffered injuries to his head and chest. Also Monday, Israeli officials award colonial leader David Be’eri a ‘Lifetime Achievement Award’. Be’eri is known worldwide for the video below, in which he plowed through a group of Palestinian children in Jerusalem with his vehicle, then drove away: