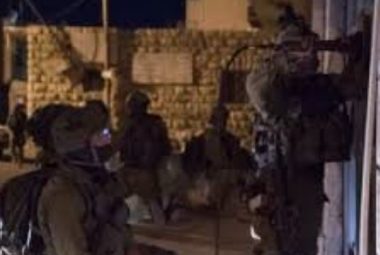 The Jenin office of the Palestinian Prisoners’ Society (PPS) said the soldiers abducted a young man, identified as Hasan Abu Ein, after stopping him at the al-Jalama military roadblock, while heading to visit his detained brother on Majeddo detention ceAnter.

Earlier Tuesday, the soldiers invaded Yatta, Doura and ath-Thaheriyya towns, in the southern West Bank district of Hebron, searched many homes and abducted four Palestinians, including a teenage boy and his mother, and a legislator.