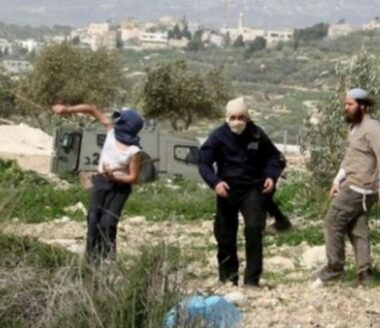 Israeli colonizers attacked, Thursday, a Palestinian farmer on his land in Kisan village, east of Bethlehem, south of occupied Jerusalem in the West Bank.

They added that the colonizers assaulted Raja Obeyyat while working on his land, causing various cuts and bruises before fleeing the scene.

The colonizers recently escalated their violations against the Palestinians in Kisan, especially the farmers, shepherds, and even the elderly, and repeatedly prevented them from entering their lands.