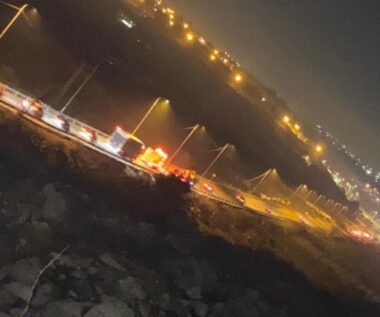 Israeli colonizers attacked, Sunday, many Palestinian cars on the main bypass road, east of Hebron city, in the southern part of the occupied West Bank.

Several Palestinians said a group of illegal settlers gathered in the area and were accompanied by many Israeli soldiers.

They added that the colonizers hurled stones at their cars, causing damage; no injuries were reported.

Attacks by the colonizers also took place near Burin town, northwest of Nablus, and near Nahhalin and the al-Jab’a towns, near Bethlehem.