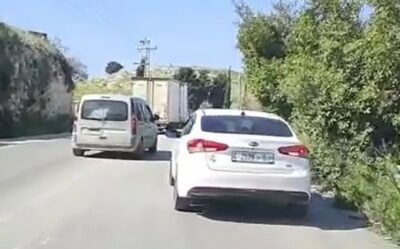 On Monday, a group of illegal Israeli colonizers attacked many Palestinian cars on the main Jenin-Nablus Road in the northern part of the occupied West Bank, causing damage.

He added that the colonizers hurled stones at passing Palestinian cars, causing damage to many vehicles.

Daghlas stated the colonizers also obstructed traffic and forced many cars to turn around while Israeli soldiers closed the road and diverted the Palestinian traffic to Sebastia town.

On Monday at dawn, Israeli soldiers abducted five Palestinians during invasions and violent searches of homes in Jenin, Nablus, and Qalqilia, in the northern parts of the occupied West Bank.