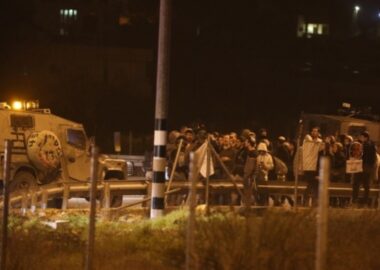 Mo’taz Bisharat, a Palestinian official who monitors Israel’s illegal colonialist activities in Tubas governorate, has reported that many colonizers gathered near the roadblock and hurled stones at the Palestinian cars.

He added that the attack caused damage to at least two Palestinian cars and that the colonizers were also hurling insults and trying to chase the cars, while the soldiers did not even attempt to stop them.

It is worth mentioning that the colonizers are also trying to install a new outpost on Palestinian lands in Bayyarat Saoud, area, east of Tubas.