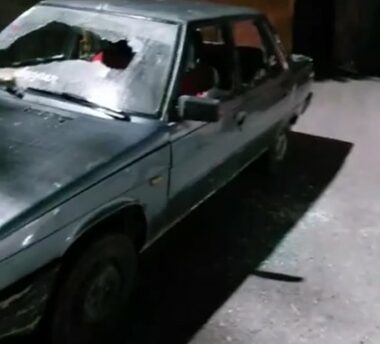 Ghassan Daghlas, a Palestinian official who monitors Israel’s illegal colonialist activities in the northern West Bank, said the colonizers hurled stones at many homes in the eastern part of the town, causing damage.

He added that the Israeli assailants also caused damage to a parked Palestinian car, especially to its windows and windshield.

On Sunday, the colonizers attacked and caused damage to dozens of Palestinian cars driving on the main Nablus-Ramallah Road, and the Jenin-Nablus Road, in addition to several streets connecting various villages and towns, south of Nablus.

Similar attacks targeted Palestinian cars in Hebron, in the southern part of the West Bank.