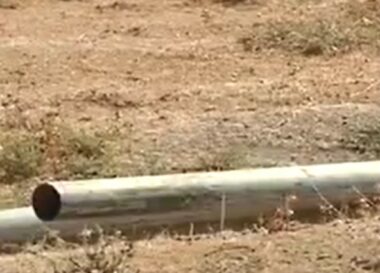 One day after illegally occupying privately owned Palestinian lands and installing a barn in the Northern Plains of the Jordan Valley in the occupied West Bank, Israeli colonizers started installing water pipelines for the barn and a new outpost.

Daraghma added that the colonizer started installing water pipelines Thursday to provide the barn and the intended new illegal colonialist outpost with the needed water, which also means they will be working on the infrastructure that would lead to more theft of Palestinian lands.

He stated that the new outpost would also lead to the annexation of large areas of Palestinian farmlands and grazing lands used by the locals, who would eventually be denied access to these areas.

Khirbat Makhoul is one of the many villages in the Northern Plains subject to constant Israeli escalation and violations and repeated attacks by the colonizers.