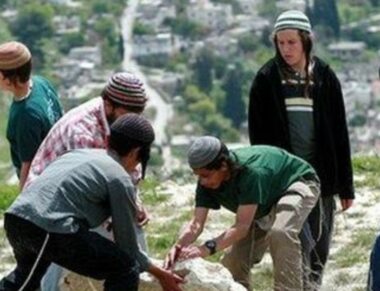 On Thursday, illegal Israeli colonizers destroyed an agricultural room in Ya’bad town, southwest of Jenin, in the northern part of the occupied West Bank.

Ahmad Yassin Abu Bakr said the colonizers invaded his land and smashed the door of his agricultural room before destroying its contents.

He added that the colonizers came from the illegal nearby Mabo Dotan colony, built on stolen Palestinian lands.

The colonizers recently occupied Palestinian lands on a nearby hill and installed mobile homes and barns for their livestock.

On Wednesday night, the colonizers invaded and ransacked another room owned by Raed Abu Bakr in the same area.