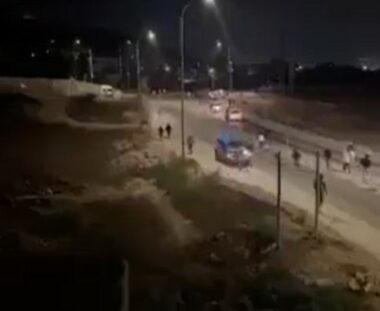 On Tuesday, illegal Israeli colonizers injured a Palestinian man after attacking his car near Huwwara town, south of Nablus, in the northern part of the occupied West Bank.

Daghlas added that the wounded Palestinian, from Jamma’in nearby town, southwest of Nablus, suffered various wounds to the head.

The colonizers also attacked the home of Bilal Yousef Dmeidi in the eastern area of Huwwara, causing damage to several windows before the locals intercepted the attack and forced them to leave.