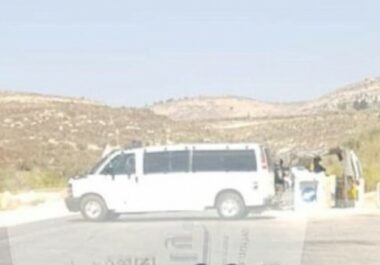 An Israeli soldier succumbed to serious wounds he suffered Tuesday in a shooting targeting a large group of colonizers, guarded by dozens of soldiers while marching near Nablus, in the northern part of the occupied West Bank.

The Israeli army said the wounded soldier Ido Baruch, 20, suffered a serious gunshot wound to the upper body before he received treatment at the scene and was rushed to an Israeli hospital but succumbed to his serious wounds.

Israeli sources said the soldier, from Gedera in the central part of the country, was rushed to Meir Medical Center after suffering a gunshot wound to the shoulder and added that the bullet then traveled to his chest cavity, causing him excessive bleeding that resulted in his death despite all efforts to revive him. 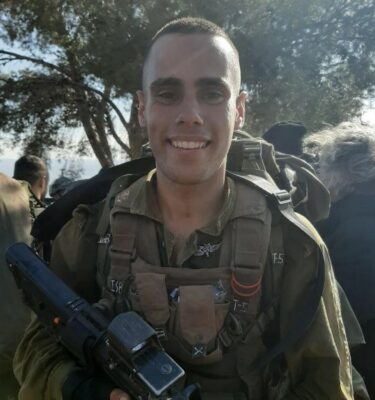 The army said the shooting occurred near the colony’s eastern gate and stated that the wounded soldier was shot in the shoulder; his condition was initially described as mild but later deteriorated and was classified as serious.

The shooting occurred when dozens of colonizers marched near the illegal Shvei Shomron colony, built on stolen Palestinian lands west of Nablus.

According to a preliminary investigation by the Israeli army, a Palestinian opened fire from a moving car near the colony before the vehicle sped away.

Following the shooting, the Israeli army pushed more troops into the area, invaded all nearby Palestinian villages and towns, and initiated a massive search campaign for the shooter and the car. The army also closed all military roadblocks leading to Nablus.

On Monday, the Palestinian Health Ministry confirmed the death of Mahmoud Mohammad Sammoudi, 12, who, on September 28, was shot and seriously injured by Israel army fire when the soldiers also killed four young Palestinian men in Jenin and Jenin refugee camp in the northern West Bank.

The four Palestinians killed on the day of the invasions of Jenin and its refugee camp were identified as Mohammad Hisham Abu Na’sa, 25, Abdul-Rahman Fathi Khazem, 27, Ahmad Nathmi Alawna, 24, and Mohammad Mahmoud Barahma, 30.

On Sunday morning, the Israeli army announced the death of Sgt. Noa Lazar, 18, an Israeli soldier who was shot by a Palestinian at a military roadblock near Shu’fat, in occupied Jerusalem, on Saturday evening.