Injured In Shooting Near Jerusalem, Israeli Soldier Succumbs To Her Wounds 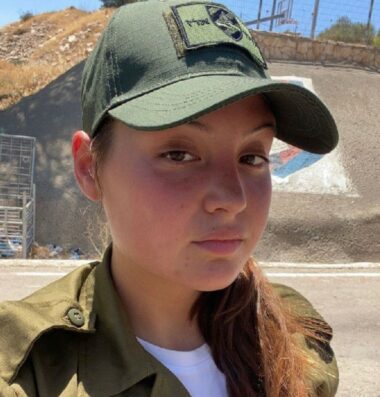 On Sunday morning, the Israeli army announced the death of an Israeli soldier who was shot by a Palestinian at a military roadblock near Shu’fat, in occupied Jerusalem, on Saturday evening.

The army said the soldier Sgt. Noa Lazar, 18, from Bat Hefer town in the northern part of the country, was a member of the Israeli army’s Military Police Erez Battalion.

Noa and an armed civilian guard were injured and were rushed to a hospital in Jerusalem for medical treatment before Noa underwent brain surgery but succumbed to her serious wounds.

On Sunday, Israeli sources said the wounded guard also underwent surgery by neurosurgeons overnight, adding that he is still in critical condition, hooked to a ventilator.

The sources added that the Palestinian apparently arrived at the roadblock on foot before he fired several live rounds approximately at 9 p.m. and reportedly ran towards the refugee camp.

A video surveillance footage shows the Palestinian getting out of a car and casually walking towards the roadblock before opening fire from a handgun wounding the two and running away toward the refugee camp before the army initiated a large search campaign.

Jerusalem District Police Commander Doron Turgeman said the identities of the shooter and two other Palestinians involved in the incident are known to police.

Israeli Public Security Minister Omer Barlev arrived at the shooting scene and vowed to capture the shooter “alive or dead,” adding that the shooter was 22, from Shu’fat.

The Israeli army also said the soldiers abducted three Palestinians, in their twenties, from Shu’fat and Beit Hanina, allegedly for being “accomplices in the shooting.”