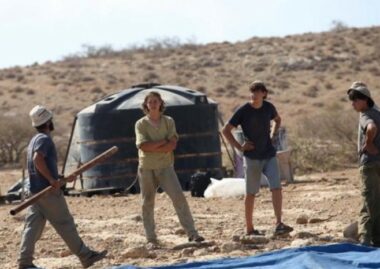 A group of illegal Israeli colonizers installed, Monday, water pipelines on Palestinian lands in the Ein al-Sakout area, in Northern Jordan Valley of the occupied West Bank,  ahead of annexing them to use them for agriculture and to build and expand illegal colonies.

Mo’taz Bisharat, a Palestinian official who monitors Israel’s colonialist activities in the Northern Plains, said the colonizers are installing the water network on thousands of Dunams of privately-owned Palestinian lands.

Bisharat added that, in the year 2016, the Palestinians managed to retrieve 3500 Dunams of their illegally annexed lands after a lengthy legal battle in Israeli courts.

He stated that, despite a court’s ruling, the colonizers continued their attempts to annex the Palestinian lands, and are now installing irrigation pipelines to plant the lands and claim them as their own.

The Jordan Valley is one of the most targeted areas for colonization and annexation by Israel due to its fertile nature and natural resources.