Israeli Colonizers Prevent A Palestinian From Entering His Land In Bethlehem 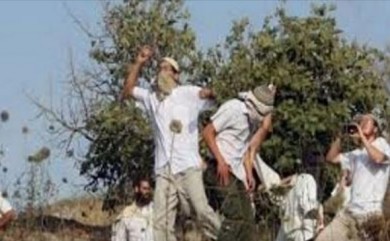 A number of extremist Israeli colonizers attacked, Saturday, a Palestinian farmer, and prevented him from entering his own land, in al-Khader town, south of the West Bank city of Bethlehem. Soldiers kidnap a Palestinian in Jerusalem.

The Palestinian, Ibrahim Suleiman Salah, was attacked by several extremists who prevented him from entering his own agricultural land, close to the Danial illegal colony, built on Palestinian lands.

After the Palestinian was forcibly removed from his land, the assailants started planting it, and threatened to harm him should he return again.

The area is subject to frequent assaults carried out by extremist colonizers, in an attempt to illegally occupy more Palestinian lands, to plant them, or build in them, so that they can eventually annex them, and make them part of their colony.

The Palestinian was cuffed and blindfolded before the soldiers moved him to an interrogation center in Jerusalem.