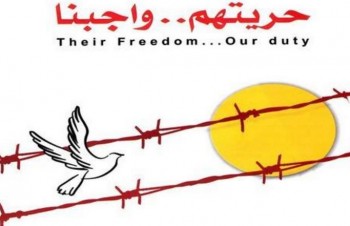 The United Health Works Committee (UHRC), in occupied Palestine, has reported Friday that Israel is holding captive 1700 ailing detainees, including 25 who suffer from various types of cancer, and are in urgent need of specialized medical care.

The statement came in preparation for April 17, the Palestinian Prisoners’ Day, and revealed that the Israeli authorities are not providing the detainees with the needed medical treatment, and largely just give them painkilling pills, in addition to denying them the right to specialized treatment.

The UHRC urged the international community, and all related local, regional and international human right groups to intervene, and “to save the ailing detainees from the slow death they are facing”, as the Israeli Prison Authority denies them the basic right of access to specialized medical treatment.

It also called for heading to various international health, legal and human rights groups, to expose the serious Israeli violations against the detainees, and to Israel’s compliance with International Law, and all human rights treaties.

Israel is holding captive at least 7000 Palestinians in 22 prisons, detention and interrogation centers, including seven detainees who have been imprisoned since more than 30 years.

Among the detainees are 67 women, 400 children, 6 elected legislators and ministers, and 700 Palestinians who are held under arbitrary Administrative Detention orders, without charges or trial.