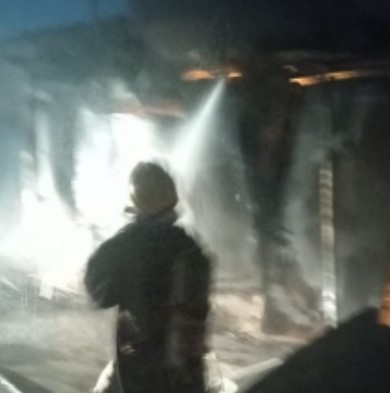 In Qusra, dozens of colonizers burnt two chicken farms, attacked several nearby homes, and hurled stones at many buildings and cars.

The Palestinian Civil Defense said approximately 30.000 chickens were burnt before the firefighters and volunteers managed to extinguish the fire and prevent it from reaching other farms and buildings.

Dozens of Palestinians intercepted the attack and protested it before the colonizers started firing live rounds, wounding many Palestinians.

The colonizers also set several structures and buildings ablaze before the Palestinian firefighter and locals managed to extinguish the fire.

In addition, the colonizers burnt a Palestinian truck near another chicken farm before the Palestinian firefighter extinguished the fire and prevented it from spreading.

In Huwwara, the colonizers continued the attacks on the Palestinians and their property and fired many live and gas bombs.

Also, Israeli soldiers assaulted and injured Mohammad Saleh Shehada and abducted his son, Abdullah, 18, in their home in Huwwara.

Protests were reported in several parts of Huwwara after dozens of soldiers and paramilitary colonizers invaded it and fired many live rounds, rubber-coated steel bullets, gas bombs, and concussion grenades.