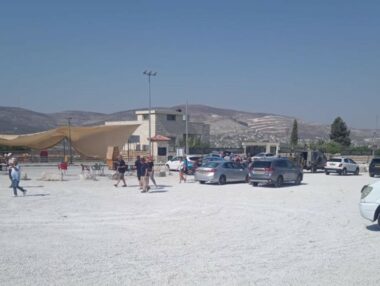 Mohammad Azem, the Mayor of Sebastia, said the Israeli army closed the entire area and restricted the freedom of movement to the Palestinians.

He added that several army jeeps then accompanied a few buses filled with the colonizers into the site after completely isolating it from the surrounding areas, to prevent the Palestinians from reaching it.

On Wednesday, the soldiers invaded Sebastia, before demolishing an agricultural room and bulldozing farmlands surrounding it.