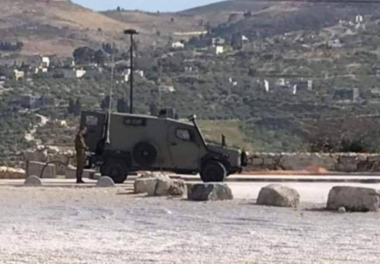 Mohammad Azem, the mayor of Sebastia, said several Israeli military vehicles, including an army bus, invaded the town and headed towards the archeological site.

Azem added that the soldiers closed the archaeological area and started walking around while carrying maps.

The soldiers also closed several roads around the area and prevented the Palestinians from crossing.

The soldiers frequently invade Sebastia to accompany groups of illegal Israeli colonialist settlers into the archeological site, an issue that leads to protests, and injuries.