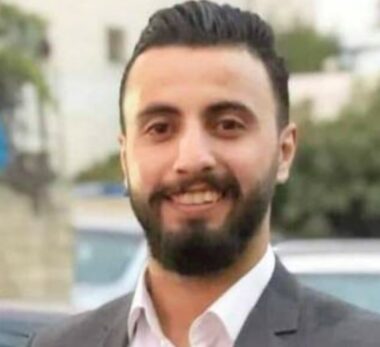 The Palestinian Detainees’ Committee has confinement, on Wednesday evening, that the hunger-striking detainee Guevara Nammoura has suspended his hunger striking after an agreement was reaching limiting his Administrative Detention orders.

The Committee stated that Nammoura, from Hebron, in southern West Bank, held a hunger strike for 21 days, protesting his continued Administrative Detention, without charges or trial, and suspended the strike after an agreement was reached to send him to court, Thursday.

It added that the agreement states that his current detention order would be reduced in court, and there will be no renewal of the Administrative Detention against him. It is worth mentioning that his wife also started a hunger strike in solidarity with her husband.

Guevara was among nineteen detainees who are holding open-ended hunger strikes, in addition to Mohammad Nuwwara, who started the strike eleven days ago, protesting his continued solitary confinement.

It is worth mentioning that Nuwwara was abducted when he was a child and was sentenced to life in prison.