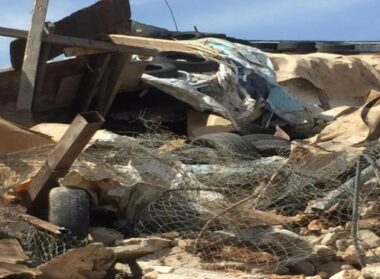 Hasan Breijiyya, the head of the Bethlehem office of the Wall & Colonization Resistance Commission, stated that the soldiers invaded the Shu’ab Sultan area in Wadi Rahhal, and demolished the five rooms.

Breijiyya added that the army claims the rooms, built on private Palestinian lands, did not receive a permit from the so-called “Civil Administration Office,” the administrative branch of the illegal Israeli occupation of Palestine.

It is worth mentioning that, about a month ago, the soldiers invaded the area and handed fifty demolition orders targeting agricultural rooms, in addition to orders halting any construction in the area.