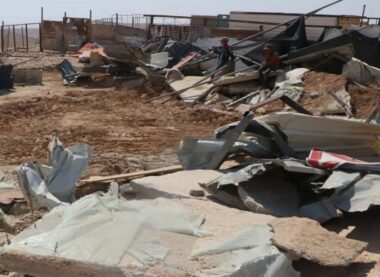 Israeli soldiers demolished Thursday, two residential tents and one residential shed, in addition to two barns, in the Ka’abna Bedouin village, near the al-Mo’arrajat area, east of the central West Bank city of Ramallah, and confiscated agricultural tools.

They added that the soldiers also confiscated agricultural tools and the materials of the demolished shed, barns, and tents.