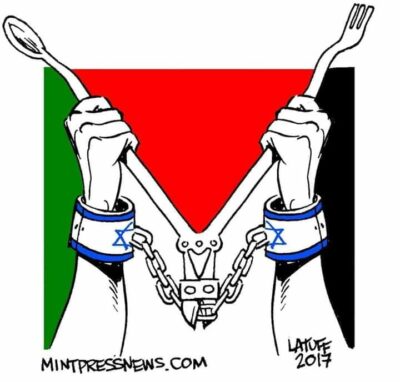 The Palestinian Detainees’ Committee has reported, Wednesday, that the Israeli authorities are still refusing to allow its lawyers to visit with seventeen hunger-striking political prisoners.

The Committee stated that sixteen of the detainees are holding hunger strikes protesting their continued arbitrary Administrative Detention, without charges or trial.

It added that another detainee is ongoing with the hunger strike protesting his continued solitary confinement.

The Committee also said that the Israeli Prison Administration is carrying out a series of punitive measures against the striking detainees, including their repeated transfers between various prisons, to keep them unable to rest, in addition to forcing them in solitary confinement.

Most of the hunger-striking detainees are already facing serious health complications but are determined to continue the hunger strike.

It is worth mentioning that many Palestinian detainees in Ramon Israeli prison have initiated a hunger strike in solidarity with the seventeen detainees, while more are planning to join the strike if Israel continues to ignore the legitimate demands of the hunger-striking detainees.