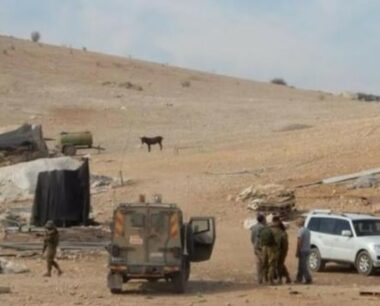 The structures were built by the Palestinian on his own land, and the army claimed they were not licensed by the “Civil Administration Office,” the administrative branch of the illegal Israeli occupation.

It is worth mentioning that the soldiers also demolished and confiscated 19 residential and agricultural structures in Khirbit Ibziq, and confiscated two Palestinian cars, in the Northern Plains.