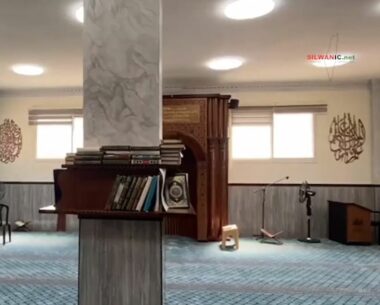 An Israeli court in occupied Jerusalem rejected an appeal, Monday, against orders for the demolition of a mosque in Silwan town, south of the Al-Aqsa Mosque in the city.

The Wadi Hilweh Information Center In Silwan (Silwanic) has reported that the Israeli court rejected an appeal from the residents, which was filed after a demolition order was issued by the City Council to demolish the Al-Qa’qa’ mosque in the town.

Silwanic said the mosque, the only one in that area, was built through donations from various individuals and institutions and is being used for worship by about 7000 residents.

The demolition orders are part of ongoing Israeli violations against the Palestinians in Silwan, and the rest of occupied East Jerusalem, especially amidst a serious escalation in the destruction of homes, stores, and other property in addition to bulldozing and uprooting Palestinian lands.