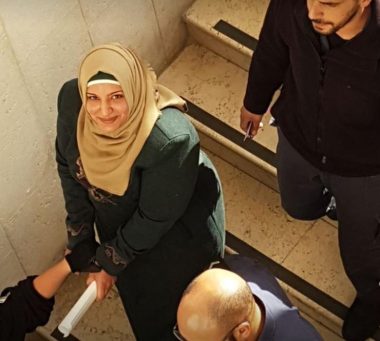 The Israeli Central Court in occupied Jerusalem sentenced, Tuesday, a Palestinian woman to 10 years in prison and a 30.000 Shekels fine, after convicting her of “attempting to stab Israeli soldiers.”

The army claimed she attempted a stabbing attack near the bus station, in front of al-Misrara neighborhood.

Fadwa is a married mother of five children; the oldest of them is eight years, and the youngest is 18 months.

She was repeatedly transferred to various prisons, detention and interrogation centers.