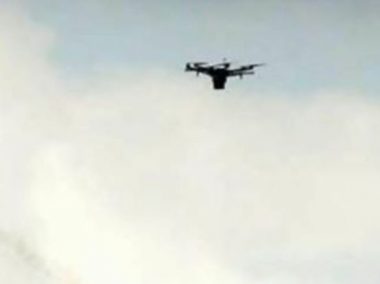 Several Israeli military drones fired, Monday, dozens of firebombs at the Palestinians and the Great Return March tents, while the military started disrupting and jamming communications networks in the Gaza Strip.

Eyewitnesses said the Israeli drones fired dozens of firebombs at the tents and the residents across the border area, in the northern and eastern parts of the coastal region.

The attack burnt several tents, and property, before dozens of young men and firefighters rushed to extinguish the fire.

Furthermore, the army jammed cellular networks in the Gaza Strip since early morning hours, to prevent the Palestinians from communicating with each other and the rest of the world, especially since the Israeli excessive and lethal use of force have been wildly broadcast live from the coastal region, in addition to all the videos and images that have been uploaded to the Internet through social media websites.

The Palestinians are marking the Nakba Day when Israel was created in the historic land of Palestine in 1948.

1.4 million Palestinians lived in 1,300 towns and villages all over historical Palestine. More than 800,000 of the population were driven out of their homeland to the West Bank and Gaza Strip, neighboring Arab countries, and other countries of the world.