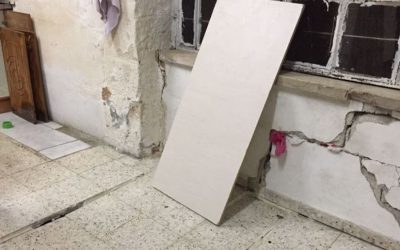 The Jerusalem City Council has ordered the eviction and closure of three Palestinian apartments in Wadi Hilweh neighborhood, in Silwan town in the occupied East Jerusalem, due to ongoing excavations carried out by the Israeli authorities under their homes, destroying their foundations.

The Wadi Hilweh Information Center in Silwan (Silwanic) has reported that the apartments are owned by Hamed ‘Oweida, Abed ‘Oweida and Suleiman ‘Oweida, where 16 Palestinians, including 10 children, live.

The ongoing Israeli digging and excavations in the town, especially the recent excavations under the three abovementioned homes, have caused serious cracks and damages to the foundations of the buildings, and their walls, rendering them unsafe. 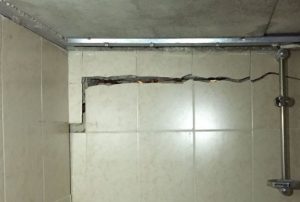 have seriously escalated over the last three days, especially when they are done very close under the foundations, and that they could clearly hear the machines underneath of their homes, in addition to the constant shaking of the building that eventually led to serious damages and cracks to their floors, walls and ceilings.

The families complained to the Israeli police, who in turn sent specialists of the “Dangerous Buildings” units, to examine the properties, and determined that there are inhabitable and could collapse at any given moment.

Furthermore, an engineer of the Jerusalem City Council examined the buildings, took pictures of the damage and serious cracks, and determined that it became unsafe for the families to remain in their homes – yet, the digging continued. 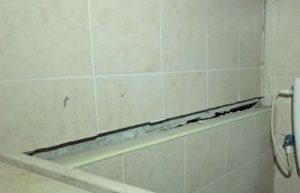 The City Council warned the families of the high risks of remaining in their homes, and ordered them out, without providing them with alternatives, and said it will send its engineers to the properties again, to conduct further tests.

An essential part of the ongoing excavations is to create a network of tunnels for settlers, and tourists, visiting occupied Jerusalem, especially the Al-Aqsa Mosque area.

Ahmad Qara’in, a member of Wadi Hilweh Committee, said the digging was initiated by the Israeli Authorities in 2007, and the families managed to get a court order halting the excavations for 14 months. 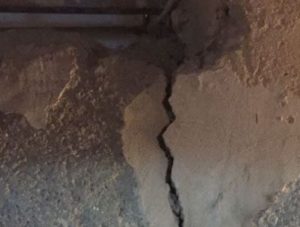 After that, an Israeli court allowed the continuation the excavations, under the condition that they do not pose any danger to the lives of the Palestinians and their property, but the work continued without taking these important issues under any consideration.

The excavations have caused serious damage to many Palestinian homes and stores, while colonialist groups are ongoing with their efforts to remove the Palestinians in order to build and expand the illegal colonies.