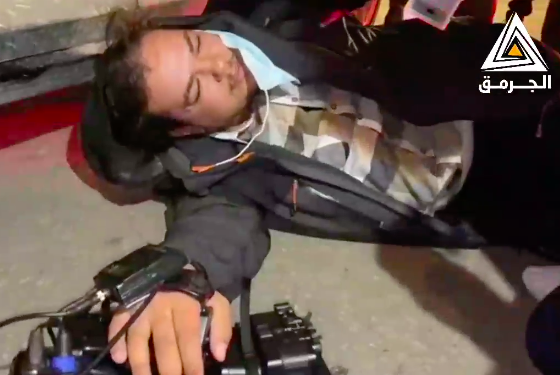 A group of fanatic Israeli extremists attacked, Wednesday, a Palestinian journalist in front of Assaf Harofeh Hospital in Tel Aviv where a Palestinian detainee in undergoing treatment after ending a hunger strike that lasted for 141 days and led to an agreement for his release on February 26th.

The Israeli police managed to stop the assault, while some reports indicated the police arrested two of the assailants.

Various media reports indicated the police did not arrest the assailants or file charges, but merely detained them at the time.

The journalist, Abu Rmeila suffered various injuries before he was transferred to the hospital.

The attack took place after dozens of Israeli right-wing fanatics gathered in front of the hospital where Hisham Abu Hawwash is receiving treatment, to protest the reached deal and to demand he remains held without charges or trial.