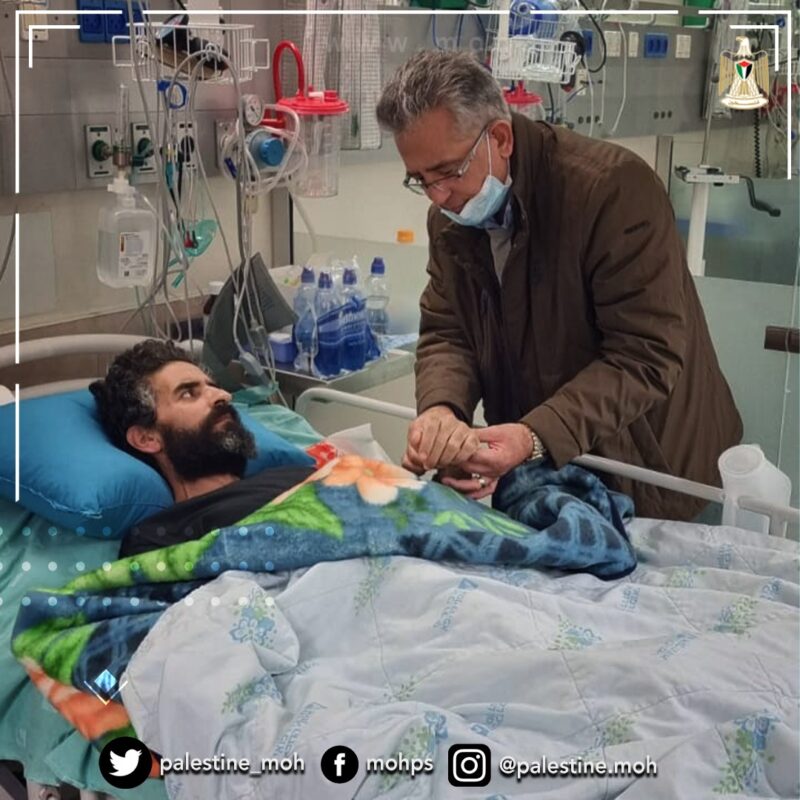 The Palestinian Commission of Detainees’ and ex-Detainees’ Affairs announced, on Tuesday, that the political prisonerHisham Abu Hawwash ended his 141-day hunger strike in rejection of his continued detention without charges or trial.

Abu Hawwash successfully pressured the Israeli occupation authorities to agree to release him on February 26, 2022, ending his hunger strike against his administrative detention without charges or trial.

Most recently, the 40 year-old political prisoner has recently suffered with a decreased level of consciousness, severe weakness, and a potentially fatal potassium deficiency.

13,000 US officials, human rights groups, and social media campaigns, have all simultaneously called for the release of the administrative detainee, in a critical state of malnutrition.