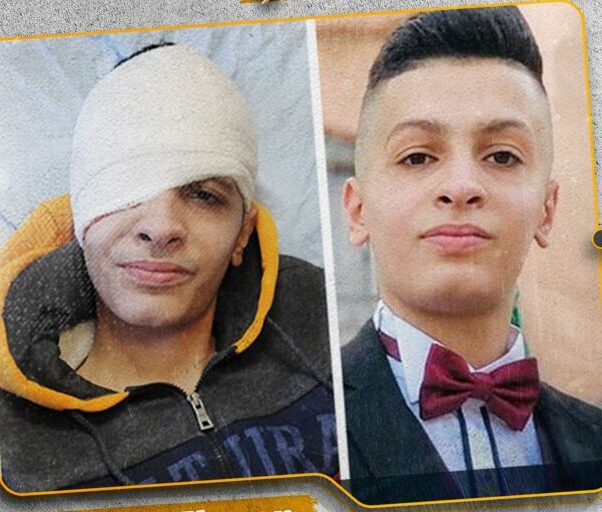 A large Israeli force stormed the camp, which was met with stones thrown by Palestinian youths, at the armored military vehicles, while the army fired live rounds, tear-gas canisters and rubber-coated steel rounds at those in opposition.

Reports confirmed that two young men were shot with rubber-coated steel rounds, and that one was struck in the eye, both were transferred to hospital.

The Palestinian Centre for Human Rights (PCHR) identified the youth who was shot in the eye, as Bashar Ahmed Elian Hamad, 16, and said he was transferred to the Palestine Medical Complex in Ramallah in central West Bank.

It added that the child lost the eye after being shot by an Israeli soldier with a rubber-coated steel round.