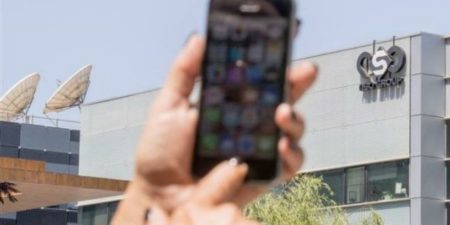 The Committee to Protect Journalists (CPJ) has accused Israeli surveillance companies of paving the way for attacks on media freedom around the world, by easing rules governing the export of offensive cyber weapons, despite grave concerns by human rights and privacy groups that the technologies are used by some governments to spy on political foes and to crush dissent.

PNN/Press TV reports that the New York-based committee, which seeks to promote press freedom and defends the rights of journalists, stated that Israeli officials had confirmed that, under a rule change by the ministry of military affairs a year ago, Israeli surveillance companies “are able to obtain exemptions on marketing license for the sale of some products to certain countries.”

The group then highlighted that the Mexican government had deployed super-stealth Pegasus spyware, developed by Israeli cyberarms firm NSO Group, in order to infiltrate the mobile phones “of at least nine journalists.”

“Over and over again, we see Israeli technology facilitating press freedom abuses around the world, by lending a hand to governments that want to track and monitor reporters,” CPJ Advocacy Director, Courtney Radsch, said in Washington, D.C.

She added: “An unregulated surveillance industry is bad for press freedom. The Israeli government should heed the UN Special Rapporteur’s call to respect human rights in its export policies.”

Separately, WhatsApp, a unit of Facebook, admitted on May 14 that hackers had managed to use the security breach on its messaging app to target human rights activists.

Eva Galperin, director of cybersecurity at San Francisco-based Electronic Frontier Foundation, said WhatsApp had informed human rights groups that the spyware was likely developed by Israel’s NSO. This was also confirmed by another person familiar with the matter.

Amnesty International later said the Israeli firm behind the security breach that targeted human rights activists using the WhatsApp messenger app must be held into account for its close ties with repressive regimes.

Amnesty urged the Israeli regime in a statement to revoke export licenses of the NSO, which designed the spyware linked to the WhatsApp breach.