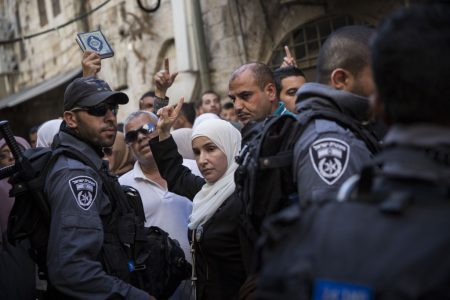 Halawani said that one of the officers beat her while she was leaving the holy site after the Maghrib prayer, according to Al Ray.

She explained that the period for the expulsion order against her has ended; however, Israeli police ordered all members to bar her from entering the mosque.

Halawani was able to enter al-Aqsa on Wednesday evening, as the period of expulsion, which lasted for a year, is ended.