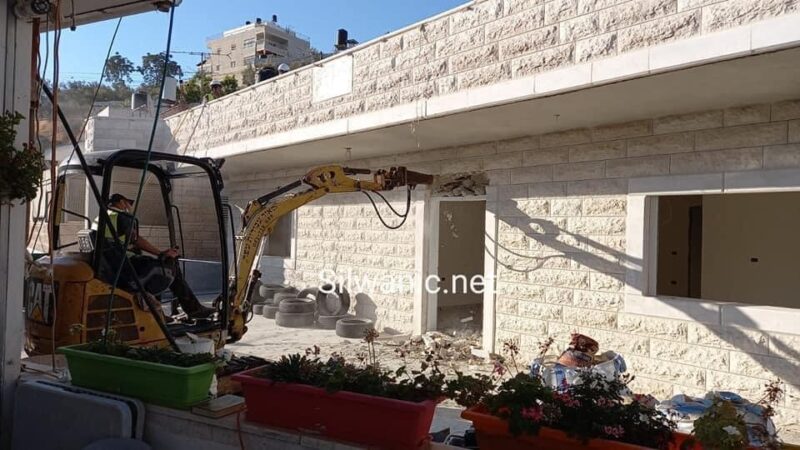 Two Palestinian-owned homes were demolished Monday night and Tuesday morning, in occupied East Jerusalem under the pretext of construction without a permit, according to the Palestinian WAFA News Agency.

In Silwan neighborhood, in East Jerusalem, the Israeli municipality of West Jerusalem knocked down a house owned by Khaled al-Khales, witnesses said.

Occupation forces sealed off the area before proceeding to knock down the one-story home using manual tools due to its location in a confined area.

In Sur Baher neighborhood, also in East Jerusalem, Mohammad Amira was forced to demolish his own home to avoid the heavy fines for the West Jerusalem municipality to demolish it.

Sources said a large force of the Israeli army escorted a bulldozer into the Bedouin community, where the heavy machinery destroyed the structures belonging to three members of the Ka‘abneh clan, seizing their contents, and displacing their occupants.

Israeli forces delivered demolition orders to two Palestinian-owned homes in al-Maniya village, northeast of Bethlehem, in the southern West Bank, according to a municipal source.

The two homes, are currently inhabited by and owned by Yousef Jabbarin, and his brother, Shadi.