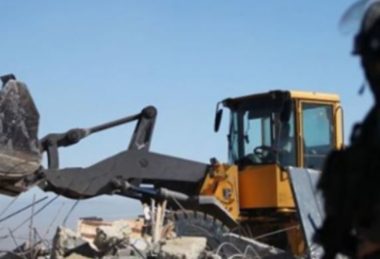 According to the latest United Nations Office for the Coordination of Humanitarian Affairs (UNOCHA) report from July 28 – August 10, 2020; in the West Bank, 43 structures were demolished or seized for the lack of Israeli-issued building permits, displacing 108 Palestinians and otherwise affecting around 240 others.

After Demolishing A Home, Israeli Soldiers Seriously Injure A Palestinian Near Jerusalem

Israeli Soldiers Demolish An Under Construction Building in Jerusalem