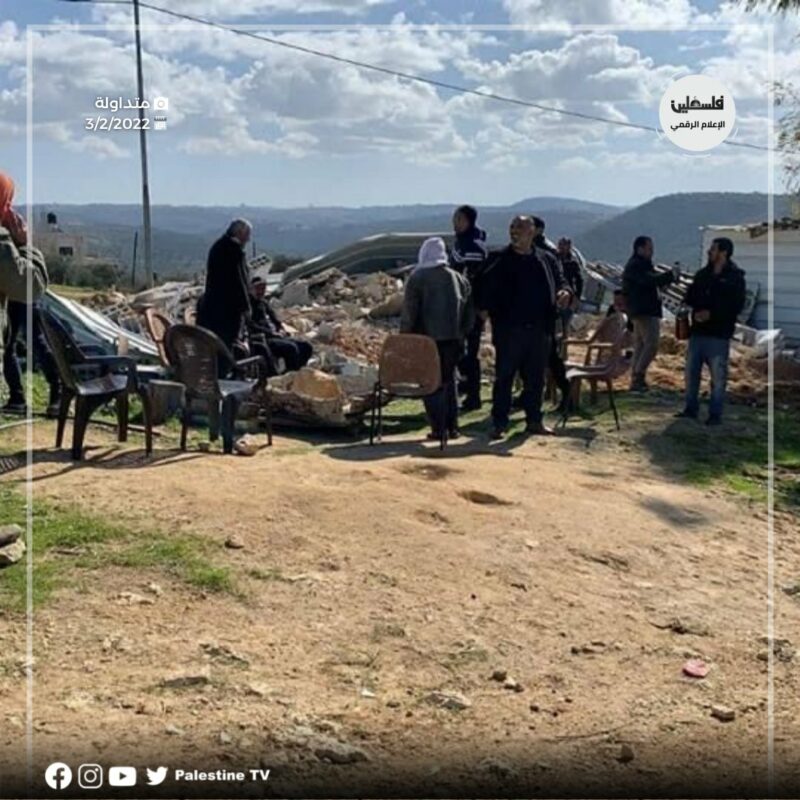 It added that the soldiers isolated and closed off the al-Husa area, and declared it a ‘closed military zone’ before bulldozers proceeded to demolish residential structures and shacks.

The under-construction buildings include a mosque, three houses, and a commercial store, under the pretext that they are built in ‘Area C’ which is under full Israeli civil and military control.