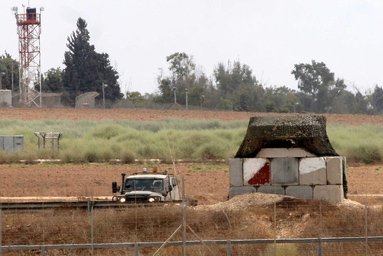 Several occupation bulldozers moved into the northern Gaza Strip, near the town of Beit Lahia, on Thursday morning.

According to Al Ray Palestinian Media Agency, approximately seven D9 bulldozers penetrated 100 meters into the northern border of Beit Lahia, from the western gate of Zikim.

The bulldozers razed the area along the separation fence, amid the flight of reconnaissance aircraft.

Farming in the Gaza Strip’s “buffer zone” is hazardous under the best circumstances. Israeli forces routinely shoot live ammunition at Palestinian farmers in the free-fire area, which stretches hundreds of meters into the besieged territory, from the barrier, separating it and Israel, invading their fields with tanks and bulldozers.