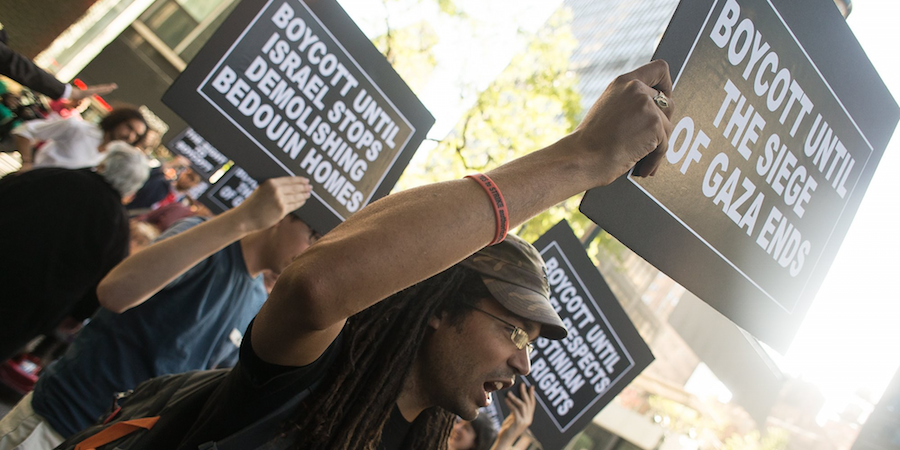 On March 26, the Israeli Kalamazoo Festival announced that Destiny Frasqueri, also known as Princess Nokia, canceled her upcoming performance at the Haoman 17, a nightclub in Tel Aviv.

“Under extreme pressure from [the Boycott, Divestment and Sanctions (BDS) movement], Destiny decided to cancel her arrival in Israel. In recent weeks we have concentrated our efforts on trying to change her mind… but without much success,” a statement by the festival reads.

Festival officials also revealed that the entire event was canceled consequently and all tickets would be refunded. At least eight other musicians were scheduled to perform alongside Frasqueri at Kalamazoo.

Boycott from Within, a group of Israeli citizens who advocate for the Palestinian-led BDS movement, wrote to Frasqueri on Facebook in March:

“You are an artist dedicated to uplifting and empowering women, people of color, LGBTQ persons, and your work speaks volumes to the effort to dismantle white supremacy and misogyny. Please remember that among those are also Palestinians dying under Israeli apartheid, calling [on] you to stand in solidarity with them and boycott Israel. Please cancel your show.”

The group also responded to news of the cancellation:

“We would like to thank you for adopting a moral stance and [refusing] to take part in apartheid and discrimination against indigenous people by not performing in Israel… We hope to see more conscious artists like you take principled stances against oppression and injustices, and follow in your footsteps.”

The BDS movement is a global, non-violent, social justice movement that advocates boycotting, divesting from, and sanctioning Israel and the companies that do business with it until Israel complies with international law and respects Palestinian human rights.

An important facet of the BDS movement is its call for “international cultural organizations and workers to boycott and/or work towards the cancellation of events, activities, agreements, or projects involving Israel, its lobby groups or its cultural institutions.” The approach is meant to challenge the way in which Israel uses culture as a form of propaganda to whitewash or justify the occupation.