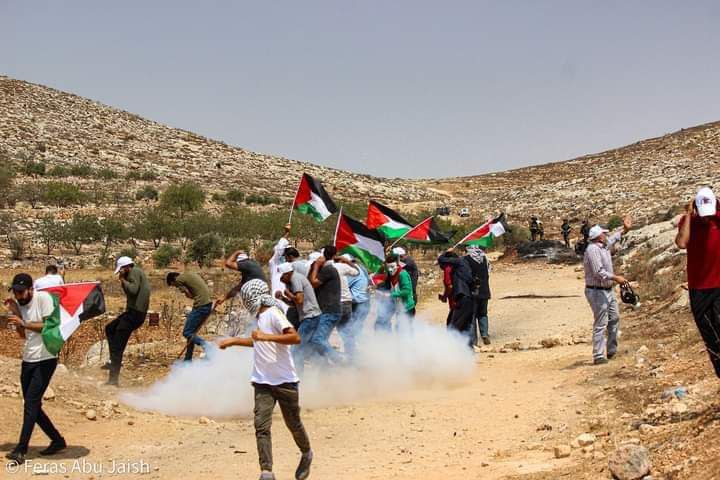 The Palestinian Red Crescent Society (PRCS) stated that in Beita, southeast of Nablus, seven people were injured with rubber-coated steel rounds and stun grenades, fired at them by Israeli soldiers, including one international activist, while thirty people suffocated from teargas inhalation.

Several Palestinian protesters have been killed by Israeli forces during the weekly protests in Beita, in rejection of the Israeli occupation’s colonial schemes in the West Bank.

The Occupying Power [Israel] shall not deport or transfer parts of its own civilian population into the territory it occupies [Palestine].