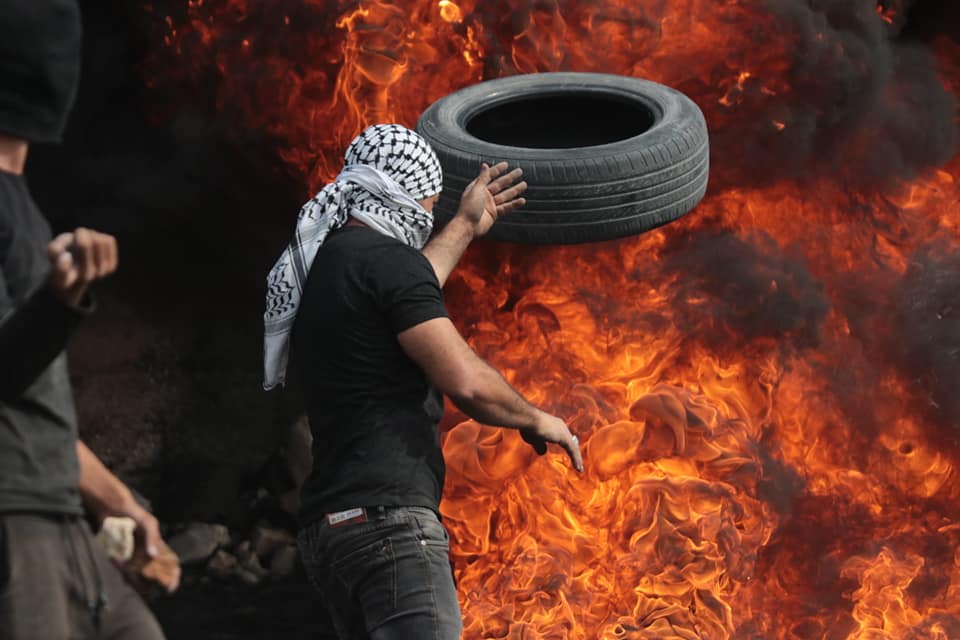 Israeli soldiers injured dozens of Palestinian demonstrators, Friday, at the weekly non-violent procession in the northern West Bank village of Kufur Qaddoum, east of Qalqilia, according to local sources.

Soldiers fired rubber-coated steel rounds and teargas at the villagers marching against the occupation authorities’ continued closure of the main road and its protracted colonial schemes.

Morad Eshteiwi, media spokesman for the Wall and Settlement Resistance Commission, said that the soldiers opened fire at the local civilians who marched toward the closed road at the entrance to the town.

Eshteiwi stated that soldiers shot two young men with rubber-coated steel rounds, while causing dozens of demonstrators to suffer the effects of teargas inhalation, with all injuries being treated at the scene.

In response to the army attack, young men threw rocks at the heavily armed soldiers and burned tires in order to obscure the soldiers’ ability to see the protesters.

The Israeli occupation authorities closed the main road of the town in 2003, and the villagers from Kufur Qaddoum and surrounding villages have rallied every week since then, demanding the authorities reopen the road.

Israeli colonists from the nearby illegal Kedumin settlement, established on expropriated Palestinian lands, have full access to the street, while Palestinians are forced to take longer routes to Nablus city, a major commercial center, prolonging travel time, causing undue hardship.