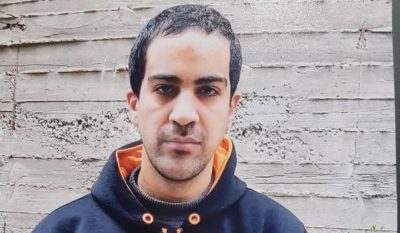 On Saturday, Israeli police in Jerusalem shot and killed an unarmed, autistic Palestinian man, then left him lying on the ground with multiple gunshot wounds for over an hour until he bled to death.

Eyad Khairi al-Hallaq, 32, was on his way to an institution for people with special needs, where he would go each day, in Wad al-Jouz neighborhood in occupied East Jerusalem.

The police who killed Hallak claimed that they thought he had a suspicious object in his hand. But Israeli police spokesman Mickey Rosenfeld confirmed to reporters that no weapon was found. Palestinian President Mahmoud Abbas stated that the killing of Hallaq was “a real crime”, and that “those who committed it must be brought to justice, and be convicted by the International Criminal Court”. He stated that the Israeli Prime Minister Benjamin Netanyahu should be held fully responsible for the killing.

Following the Israeli police shooting, protests erupted in the city of Jerusalem. Israeli police closed all the gates leading into Jerusalem’s old city, banning all entry and exit.

The police also raided Hallaq’s home in Wad el-Joz and questioned his family. Khairi Hallaq, the father of the deceased, told reporters “They found nothing”, and noting that police had cursed his daughter when she became upset at them.

Rana Hallaq, the mother of the deceased, told Israeli Channel 12 that her son “was killed in cold blood”. On social media, many drew comparisons between the shooting and the ongoing police violence in the U.S.

According to Israeli Channel 12 news, members of Israel’s paramilitary border police fired at Halak’s legs and chased him into a dead-end alley.

The Israeli channel reported that a senior officer ordered a halt in fire as they entered the alley, but that a second officer did not listen and fired six or seven bullets from an M-16 rifle. They claimed that both officers were taken into custody and then released.