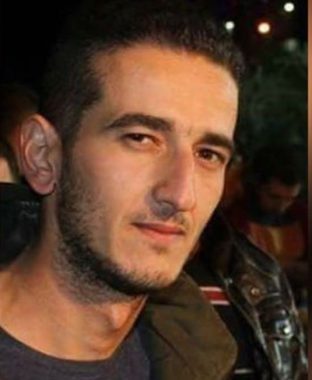 Ahmed survived, but the Israeli forces killed his cousin, and demolished 3 houses belonging to Jarrar family.

The Israeli forces claimed that the killed civilian carried out a shooting attack on 09 January 2018, in the vicinity of Surrah village, southwest of Nablus, resulting in the death of a settler. Israeli and international media then repeated this false story, when in fact it was a cousin, a civilian unconnected to the crime, who was killed.

The Palestinian Center for Human Rights (PCHR) condemns this operation and holds the Israeli government responsible for the tense atmosphere in the occupied Palestinian territory (oPt).

PCHR also calls upon the International Community to take its legal and moral responsibility and intervene in order to put an end to the Israeli crimes against Palestinians and provide protection for them.

According to PCHR’s investigation and eyewitnesses’ statements, at approximately 22:40 on Wednesday, 17 January 2018, heliborne Yamam Unit forces, which is part of the “Musta’ribin” special units dressing like Palestinian civilians, landed in the vicinity of Qabatiyah village and Muthalath al-Shuhada’a, south of Jenin.

The Unit officers sneaked into the targeted area, south of the city, overlooking Jenin refugee camp and Burqin Valley. At approximately 23:10, another force sneaked into Jaffa Petrol Station on Jaffa Street near al-Dakhliyah Intersection, west of the city.

At approximately 00:50 on Thursday, 18 January 2018, Israeli military backups accompanied with 2 military bulldozers arrived. They surrounded a house belonging to Nasser Khalid Ibrahim Jarrar and then fired 4 shells from the rocket-propelled grenade at the house.

The Israeli forces said that they targeted Nasser’s son Ahmed and killed him. They then arrested 2 civilians alleged to be members of the cell accused of killing the Israeli settler.

The Israeli forces also targeted a person hiding in the targeted house. Later, the Israeli forces said in a statement: “The military operation in Jenin is not over yet,” and they killed Ahmed’s cousin namely Ahmed Ismail Jarrar (31) as his dead body is under their custody.”

During the military operation, the Israeli bulldozers demolished a 2-storey house built on an area of 200 square meters belonging to Ahmed Nasser Jarrar.

They also demolished 2 houses, one of them belongs to Ahmed’s uncle ‘Ali Khalid Jarrar and the other belongs to his cousin Ismail Jarrar. Each House is comprised of one floor and built on an area of 200 square meters.

During the operation, dozens of Palestinian young men gathered in the vicinity of the targeted houses and then threw stones and empty bottles at the Israeli forces.

The Israeli forces immediately fired live bullets and rubber-coated metal bullets at them. As a result, 4 Palestinian civilians were wounded; one of them was hit with a live bullet to the abdomen and then taken to the Dr. Khalil Suliman Governmental Hospital in Jenin, where his health condition was classified as serious.

PCHR follows up with deep concern the deterioration of the situation in the occupied Palestinian territory (oPt) and hereby condemns the Israeli forces’ use of excessive, disproportionate force against the protestors and believes that this is due to the green light given by the Israeli government to the soldiers following the American Decision to declare Jerusalem as the Capital of Israel.

Therefore, PCHR calls upon the international community and UN bodies to stop the Israeli escalating crimes and violations and work on providing international protection for Palestinians in the oPt.